Chip in $25 to support Team Rokita!

Todd Rokita is an experienced attorney and proven public servant who will protect us from crime, fight lawlessness in our streets, uphold the rule of law, defend – not de-fund – our men and women in law enforcement, and stand behind our Constitutional rights here in Indiana and our nation.

Serving as Indiana’s twice-elected Secretary of State and a Member of Congress, Todd Rokita always put Hoosiers first. A lifelong Indiana resident, an active father and husband, Todd believes in giving back to our communities.

As Indiana’s Secretary of State, Todd successfully modernized the office, safeguarded our elections, and brought white collar criminals to justice while improving efficiency, achieving the feat of spending less taxpayer money on overhead than predecessors going back nearly twenty years.

For his leadership, Todd was selected as the National President of the Association of Secretaries of State.

An attorney with strong courtroom experience, Todd recognized the need to tackle white-collar crime harming Indiana’s senior citizens and families. Creating the Prosecution Assistance Unit, Todd worked with local law enforcement and prosecutors to track down and bring to justice criminals harming Hoosiers. As a result, over three hundred years of jail time was handed down against those committing financial fraud—an Indiana record.

He also has kept our elections safe from fraud.  Leading a battle against national, liberal special interests, Todd instituted the nation’s first photo Voter ID law. He then helped successfully defend the Indiana law all the way to the Supreme Court. Now over 30 states have followed Todd and Indiana’s lead, using this commonsense idea to safeguard our elections.

In our nation’s Capitol, as a voice for Indiana, Todd served as Vice Chairman of the nation’s budget committee.  Looking for efficiencies to protect taxpayers, he helped ratchet down spending, pushing against the entrenched Washington interests.

Todd holds a consistent and proven record of supporting our job creators and small businesses as a multiple year recipient of NFIB’s Guardian of Small Business Award.  Todd also has a 100% record from the National Right to Life, because being pro-life is in line with our nation’s founding documents allowing all Americans the right to life, liberty, and the pursuit of happiness.  Todd has also earned the strongest scores for defending our 2nd Amendment Constitutional freedoms and religious liberty. 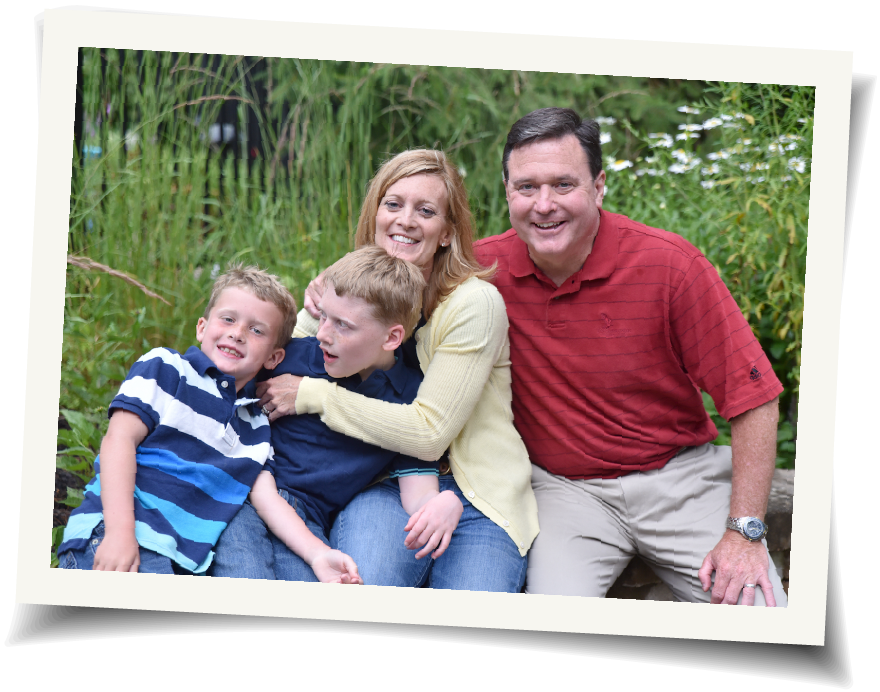 Todd was raised in Munster, Indiana and graduated from Munster High School. He earned his undergraduate degree from Wabash College, receiving their highest scholarship. He earned his law degree from the Robert H. McKinney School of Law at Indiana University and practiced privately for several years.

Helping create and sustain jobs as a private sector executive, Todd currently serves as the lead attorney and Vice President for External Affairs at Apex Benefits, Indiana’s leading employee benefits advisory firm where he helps protect the healthcare benefits of Indiana workers. Todd holds a financial interest in that  firm as well as other growing companies where he serves on select advisory boards of Indiana and national companies.

Todd and his wife Kathy, a successful Partner in a CPA firm, have two sons, Ryan and Teddy. Teddy has Angelman Syndrome, a complex and severe genetic disorder. Kathy is also the President of the National Angelman Syndrome Foundation. They know every life is precious and each can change the world.