Chip in $25 to support Team Rokita! 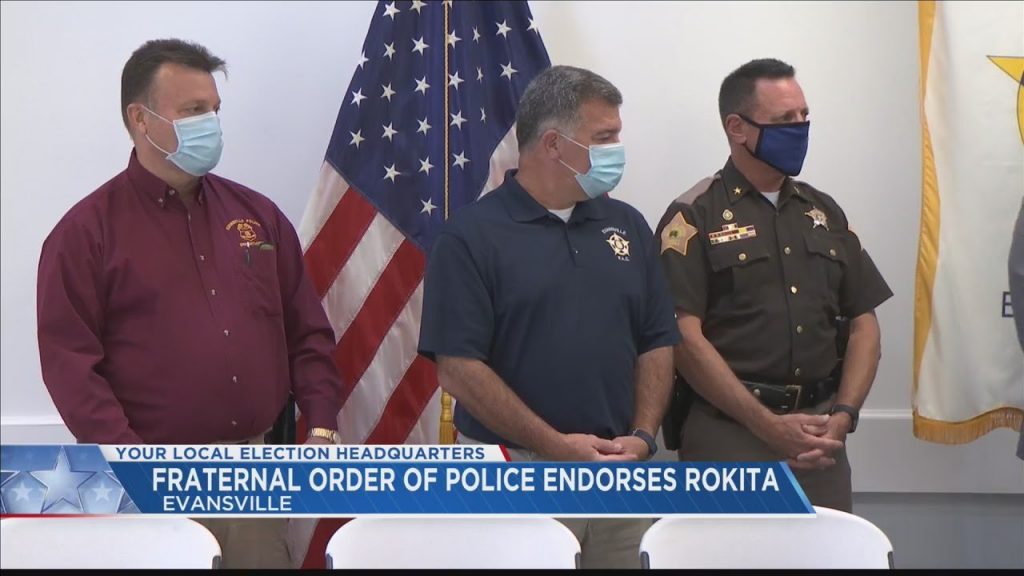 At a press conference in his opponent’s hometown, the Indiana Fraternal Order of Police officially endorsed Todd Rokita for Attorney General.

In accepting the endorsement, Todd noted that he will Defend – Not Defund – the police.

Good Afternoon I am Toby Deaton and the VP of Indiana FOP. We are the Nations and the State’s largest police organization. We are the voice of Law Enforcement. Our mission is to support and defend the Constitution of the United States; and Indiana. We try to improve the quality of life not just for our officers but the communities we serve.

Part of that, is engaging in the legislative and political process. The Atty General is our chief legal advisor and we view it as one of the most important positions in the State. We have a long history of working closely with this office.

Todd Rokita truly understands what it’s like to work with law enforcement and to seek justice for victims.

As Secretary of State he was able to obtain over 300 years of jail time, for those that sought to victimize our citizens. He has pledged to work with us in all aspects, including the difficult areas of cyber and financial crimes. He also understands that de funding the police will lead to more citizens becoming a victim.

During his distinguished career Todd has held many titles. The title that we value more than any other though, is Friend. Todd truly is a friend of Law Enforcement.

On behalf of the Nearly 14,000 members across the state we proudly endorse Todd Rokita, and pledge to help him become the next Attorney General of Indiana!